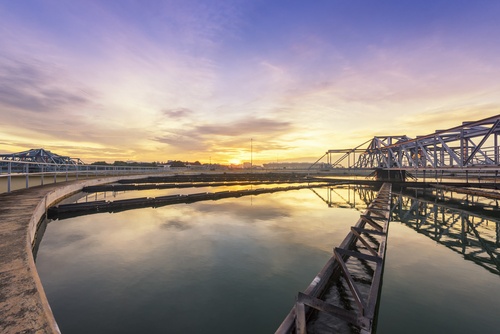 On March 10, 2020, the US Environmental Protection Agency (EPA) published its proposed Preliminary Regulatory Determinations for perfluorooctanesulfonic acid (PFOS) and perfluorooctanoic acid (PFOA) in drinking water, thereby taking the initial steps to formally regulate two of the most common chemicals in the family of compounds known as per- and polyfluoroalkyl substances (PFAS) in drinking water. EPA will seek comment on these preliminary determinations until May 11, 2020.
This announcement represents EPA’s preliminary determination that PFOA and PFOS meet the statutory criteria for regulation under the Safe Drinking Water Act and is the beginning of the regulatory process. After reviewing comments, EPA will make a final regulatory determination—positive or negative—on PFOA and PFOS. If EPA makes a positive determination, it must publish a proposed Maximum Contaminant Level Goal (MCLG) (a non-enforceable reference goals) and proposed National Primary Drinking Water Regulation (NPDWR) (the actual enforceable standards) within 24 months. After the proposal, the agency must publish a final MCLG and promulgate a final NPDWR within 18 months (with a possible 9-month extension). Therefore, if the preliminary Regulatory Determination being introduced here is adopted as final, this will start the clock on that process.
However, EPA could still decide to make a negative determination (i.e., decide not to regulate PFAS) after reviewing comments; the notice states that EPA can withdraw its determination to regulate based on new information. A decision not to regulate is a final agency action that is subject to judicial review. EPA can also decide to make no final regulatory determination at this time.
Here are some other key points about today’s announcement:
EPA solicited comments on all aspects of its regulatory determination, including whether there is additional data it should consider, whether it has appropriately considered the data that it currently has, and most pertinently, on potential regulatory constructs and monitoring requirements it may consider if it moves forward with a positive determination. It is also seeking comment on potential regulatory approaches for additional PFAS chemicals (i.e., how to evaluate other PFAS chemicals for regulation – individually, in groups, or based on available treatment technologies).
EPA’s announcement also includes negative determinations for five other chemicals and a decision not to make a regulatory determination for three chemicals (including 1,4-dioxane, another emerging contaminant). Those determinations will likely be overshadowed by the preliminary positive determinations for PFOA and PFOS.
EPA also published an update to its PFAS Action Plan on February 26, 2020. The update summarizes EPA’s upcoming actions on PFAS, including the proposed regulatory determination published today. This summary includes the following activities that may lead to further regulations for wastewater treatment facilities and water utilities:
Nossaman attorneys and government relations & regulation advisors are available to answer questions regarding the EPA’s announcement, the federal regulatory process for emerging contaminants, or other questions about the rapidly evolving regulatory framework around PFAS.