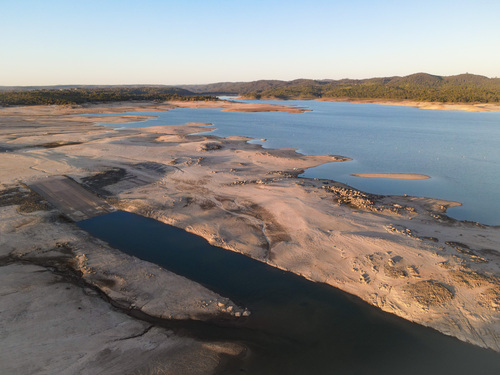 The past few weeks have been active ones for California in assessing the severity of its current drought and how it plans to manage its water during the third year of that drought. On top of other, more localized action, California released its report on 2021 groundwater conditions, evaluated current snowpack conditions and Governor Newsom issued an executive order directing action affecting 2022 water usage.

On April 4, 2022, the California Department of Water Resources (“DWR”) issued its Groundwater Conditions Report for Water Year 2021 (the water year runs from October 1-September 30). One of its key findings shines the most light on the current state of the drought – Water Year 2021 was the second driest year since the state started keeping records (1896). The fact that it followed the fifth driest year on record shows the depths of the drought currently facing the state.

Due to the drought’s impact on surface water levels and deliveries from the State Water Project and Central Valley Project, people and companies across the state have turned to groundwater to meet their needs. This increased groundwater pumping has led to the lowering of groundwater levels throughout the state, with the largest impact in the Central Valley.

One way to look at the impacts of this increased pumping is to look at its impact on groundwater levels. DWR found that over 60% of wells were below their normal levels, with 21.6% of the wells statewide having water levels at their all-time low

The increased demand for groundwater in the drought has two impacts on groundwater wells: more are drilled and more go dry. DWR’s report shows that during Water Year 2021, more domestic wells and more irrigation wells were drilled than at any point during the past five years.

The most significant impact on well infrastructure was on the number of wells going dry. In Water Year 2021, 953 wells were reported as dry. That number is over 74% of the total wells in the past five years and nearly eight times as many wells as were reported as dry in 2017, the year with the next highest total. The dry wells, while spread across the state, were focused largely in the Central Valley.

DWR’s report on how dry Water Year 2021 was likely does not come as a surprise, although the year being the second driest on record is a stark reminder of the conditions the state faces. The impacts of the drought are currently being felt throughout the state, and especially in the Central Valley. With Water Year 2022 not starting much better, it will be interesting to track what happens with groundwater levels, land subsidence, and well infrastructure, and how that impacts implementation of SGMA.

On April 1, DWR conducted a snow survey at Phillips Station, south of Lake Tahoe. As DWR explains in its press release, the April 1 reading is particularly important because that typically represents the peak of the snowpack, as little snow falls after that date.

In short, the results were not good. The survey measured 2.5 inches of snow depth. The average depth at Phillips Station on April 1 is 66.5 inches, meaning the 2022 measurement was not even 4% of the average. Comparing this situation to previous years, 2021 was 62% of average, and 2022 marks the sixth lowest snowpack at this location since 1950.

Statewide, the situation is better but still bad – the state as a whole stands at 38% of its average April 1 snowpack. The lack of snow is so significant that the National Weather Service (“NWS”) tweeted about it. NWS noted that the January-March period was the driest on record “by a huge margin.” Looking at its numbers, 2022 has less than half of the snow of the second driest year on record (2013) and 2022 is at roughly 11% of the snowpack average from 1990-2020.

There are few signs of any snow or rain that look to change California’s path. In fact, as of April 4, DWR’s snow survey showed that the state was at 33% of its average for that date – showing that things are going the wrong direction. Water users across the state rely on the snowpack to slowly release water throughout the year. These results show that 2022 will be a difficult year and that the government may act beyond the executive order Governor Newsom released last week to deal with this reality.

A little over a week ago, Governor Newsom issued Executive Order N-7-22 to address the worsening state of the drought. The Governor’s press release recognizes the order’s focus on local action, as it frames the order as a move “to bolster regional conservation efforts.”

One of the headline items is that the order requires the State Water Resources Control Board (“State Water Board”) to consider emergency regulations banning the irrigation of “non-functional” turf. The press release clarifies that this ban would not impact “residential lawns or grass used for recreation.” Despite the limited scope, DWR estimates the ban will save “several hundred thousand acre-feet” (one acre-foot serves roughly 2-3 households for a year).

Potentially more impactful for the state is the requirement that the State Water Board consider, by May 25, adopting regulations requiring urban water suppliers to activate Level 2 of their Water Shortage Contingency Plans. The plans essentially represent local agencies’ strategies to reduce water usage based on certain water reductions from the state. By activating level 2, the urban water suppliers must act as if their water supply was cut by 20% and take the appropriate actions to reduce their usage.

A more detailed analysis of the executive order can be found here.

The past few weeks have offered some difficult news on the severity of California’s current drought – both in terms of how severe it was in the past year as well as how severe it currently is. Governor Newsom’s executive order addresses some actions the state will take to try to overcome this lack of water. We will have to see whether Governor’s Newsom order is sufficient, or whether there is more to come.