Emergencies and the Coastal Act
By Benjamin Rubin on 04.10.2020
Posted in Coastal Development, COVID-19 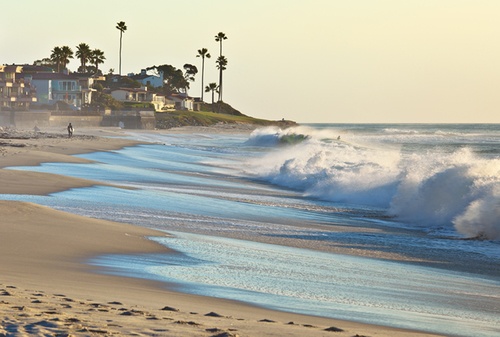 In the past, the Coastal Commission has taken a very negative view on any limitations of public beach access. In fact, one can say that the Commission has been downright aggressive in pursuing what it perceived to be limitations on public access. In 2014, the California Legislature effectively weaponized the Commission, passing legislation that authorized the Commission to impose administrative penalties on anyone they concluded to be in violation of a public access provision. (See Pub. Resources Code, § 30821.) Previously, the Commission needed to make a finding of unpermitted coastal development, and then file an action in superior court seeking penalties in an amount that would be determined by the court. The Commission has not been shy about wielding this newfound power, threatening property owners and public agencies up and down the coast with significant penalties because of alleged impacts to public access.

After the COVID-19 “safer at home” orders were issued, people began flocking to the beaches in an effort to find some mental relaxation, a safe place for kids to play, and sometimes just a change of scenery. Unfortunately, too many people had the same idea, and the beaches became overcrowded. Complying with safe distancing guidelines became almost impossible, and thus concerns were raised about the beaches becoming a new breeding ground for transmission of the virus. In light of these concerns, many jurisdictions began looking at the possibility of closing their public beaches. But because development under the Coastal Act is defined to include a “change in the intensity of use of water, or of access thereto,” arguably a Coastal Development Permit from the Commission would be required.

In late March, seeing a potential flurry of emergency permit applications on the horizon and the need for immediate action, the Executive Director for the Coastal Commission invoked his emergency authority and agreed to waive, upon request, “emergency coastal permitting requirements for public agencies responsible for maintaining public parks, beaches, parking lots, and other coastal accessways if applicable federal, state, or local health departments have deemed it necessary to restrict access to or close those public spaces in order to protect public health and safety during this health emergency.” (See March 24, 2020 Letter from J. Ainsworth re Coastal Access Restrictions and Closures Due to COVID-19.) Well over a dozen cities and counties have now closed their public beaches, and this number will likely increase in the coming weeks.

You might be asking yourself, what other activities might be subject to this emergency coastal development permit waiver? For example, could the Executive Director authorize the construction of a new hospital, or a major remodel to facilitate construction of essential health equipment? The answer to this latter question is no. The Executive Director’s emergency authority is derived from the Coastal Act. Specifically, the Coastal Act states: “When immediate action by a person or public agency performing a public service is required to protect life and public property from imminent danger, or to restore, repair, or maintain public works, utilities, or services destroyed, damaged, or interrupted by natural disaster, serious accident, or in other cases of emergency, the requirements of obtaining any permit under this division may be waived upon notification of the executive director of the commission of the type and location of the work within three days of the disaster or discovery of the danger, whichever occurs first. Nothing in this section authorizes permanent erection of structures valued at more than twenty-five thousand dollars ($25,000).” (Pub. Resources Code, § 30611.) It is this last sentence that prohibits invocation of the Executive Director’s emergency powers to authorize development of permanent structures such as hospitals or remodeled buildings. That said, this section could be invoked for construction of makeshift hospitals within the Coastal Zone. Hopefully, however, that need will not arise.