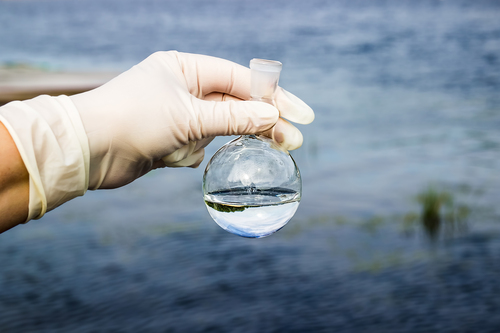 On October 18, 2021, the Biden-Harris administration announced an updated government-wide “comprehensive approach” to address per- and polyfluoroalkyl substances (PFAS), a set of man-made chemicals that are widely used in a variety of consumer and industrial products, and which persist in the environment once released and may be linked to health impacts. The announcement identified several activities to address PFAS by eight federal agencies, as well as proposed funding in the forthcoming infrastructure bill for monitoring for PFAS compounds in drinking water through the Unregulated Contaminant Monitoring Rule (UCMR), and community grants to address emerging contaminants (including PFAS).

The administration’s announcement also included numerous non-regulatory actions and PFAS-related research priorities, including research by the Federal Aviation Administration and the Department of Defense (DOD) to identify a PFAS-free firefighting foam alternative. DOD is also conducting cleanup assessments at several of its properties where PFAS may have been used or released, and expects to complete the assessments by the end of 2023.

Also on October 18, EPA released its new PFAS Strategic Roadmap. The Roadmap identifies several specific actions EPA plans to take with respect to PFAS, and rough targets for when EPA expects to complete those actions between now and 2024. Broadly speaking, EPA describes its approach as focused on three central directives: research, restrict and remediate. That is, EPA intends to invest in research to better understand PFAS, including the toxicity and human health and ecological effects of PFAS; restrict the use and disposal of PFAS to prevent them from entering the environment at levels that could adversely impact human health and the environment; and clean up PFAS contamination in order to protect human health and ecological systems.

EPA is hosting public webinars to engage with stakeholders and discuss its PFAS Strategic Roadmap. The next webinar will take place on November 2, and registration information is available at the link.

In addition to numerous research activities, EPA has identified several regulatory actions that will affect water suppliers, industries that use PFAS chemicals, and properties where PFAS may have been released into the environment. Among the many activities EPA has included in its Roadmap, EPA has identified the following actions in specific program areas:

EPA will also create a national PFAS testing strategy, and exercise its authority under the Toxic Substance Control Act to require manufacturers to conduct and fund priority research, and plans to propose a rulemaking in 2022 to require additional reporting on releases of PFAS under the Toxics Release Inventory (TRI) program.