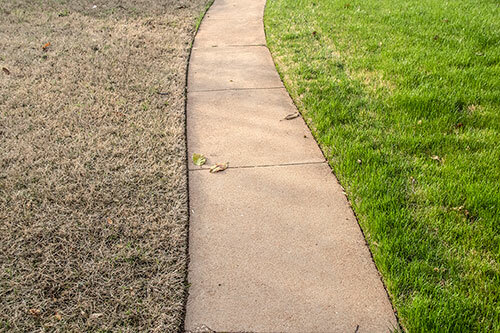 On May 24, 2022, the California State Water Resources Control Board announced emergency drought restrictions resulting from Governor Newsom’s Executive Order N-7-22. The regulations are the latest in a series of attempts by the state to deal with the ongoing severe drought. The regulations cover two areas: a ban on irrigating non-functional turf and a requirement that urban water suppliers implement the Level 2 demand reduction actions in their water shortage contingency plan.

The ban on irrigating non-functional turf will go into effect once the regulation obtains final approval, which should be by June 3. The two changes the State Water Resources Control Board made in announcing the final regulation will lessen the ban’s reach by making it inapplicable to non-functional turf that is irrigated with non-drinkable water and to low-water non-functional turf. Despite that, the ban will likely have a substantial impact on the look of cities across the state.

The regulation also requires urban water suppliers to “implement by June 10, 2022, at a minimum, all demand reduction actions identified in” their water shortage contingency plan for a Level 2 shortage. A Level 2 shortage represents a shortage of up to 20% of water supplies. The regulation provides different requirements for the 36 urban water suppliers that have not yet submitted drought plans, which cover 8% of the state’s population. They must initiate a public information and outreach campaign; limit landscape irrigation with potable water to two days a week, with a ban on irrigating with potable water between 10 am and 6 pm; and implement and enforce a rule banning the water uses Governor Newsom banned in his January 2022 emergency regulations, including watering outdoor landscapes with drinkable water in a way that causes more than incidental runoff, using drinkable water to wash hard surfaced areas, and using drinkable water for decorative fountains/lakes/ponds.

The biggest change from the proposed regulation is that the final regulation allows urban water suppliers that have submitted water shortage contingency plans to apply the regulations for those suppliers that have not submitted plans instead of activating Level 2 under certain conditions. In order to qualify, the supplier must have demonstrated that it has the ability to maintain reliable water supply until September 30, 2023; it does not rely at all on water from the Colorado River, State Water Project, or Central Valley project; its supply does not consist of more than 10% of water from critically overdrafted groundwater basins; and it used less than 55 gallons of water per residential customer per day in 2020.

As with the non-functional turf ban, the State Water Resources Control Board softened the final regulation from what had previously been proposed. Despite that, it is likely that people all across the state will feel the impacts of their water suppliers activating Level 2. Since the plans are all locally designed, the exact measures will vary, but this higher level of restriction is something that will not go unnoticed.

The final step in the process is approval by the Office of Administrative Law, which typically takes fewer than 10 days. Once that step is complete, the non-functional turf ban goes into effect and the Level 2 reductions will follow shortly thereafter.

Whether these new restrictions are the final ones or just one step in a longer march is yet to be seen. Urban water usage in March 2022 was actually 19% higher than in March 2020, which helps show why despite Governor Newsom’s call for Californians to cut their water usage voluntarily by 15% water usage has only decreased by less than 4%. These measures represent a movement away from the voluntary approach to a mandatory one, although a relatively light mandatory approach. If these measures do not have their intended impact, however, it is likely that much more severe mandatory restrictions will be implemented later this year.