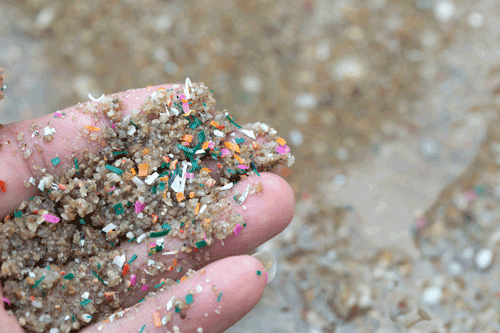 On September 7, 2022, California became the first government in the world to require microplastics testing for drinking water, an emerging contaminant that is found throughout the environment. The State Water Resources Control Board (State Water Board) approved a policy handbook that details how it will implement a four-year plan, including testing logistics as well as how it will select the public agencies that will be required to test.

Microplastics represent an emerging contaminant of concern for which there are still a number of unanswered questions. As the policy handbook recognizes, although studies have shown harm to mammals from consuming microplastics, there is insufficient evidence on what level causes harm as well as what harms consumption causes. This testing plan represents an attempt to better understand how much microplastics are in drinking water. However, the testing comes with a high cost, with the State Water Board estimating a cost of $1,000 to $2,000 per sample. As of now, the public agencies will be required to bear this cost.

The State Water Board was required to adopt testing requirements by a law passed in 2018 (and codified at Health and Safety Code § 116376). The bill also required the State Water Board to adopt a definition of microplastics, which states that microplastics are “particles which have at least three dimensions that are greater than 1 nanometer and less than 5,000 micrometers.” The testing requirements align with other governmental action taken by California to address the emerging contaminant.

The testing plan consists of two stages. The first, starting in roughly Fall 2023 and lasting for two years, will involve up to 30 public agencies. After the first stage, the State Water Board will analyze the data it receives as well as any new developments in microplastics testing to inform its approach for the second stage. The second stage will also last for two years and is scheduled to begin in Fall 2026.

The first stage will focus on large community water systems and wholesale water systems providing water to over 100,000 people, although the State Water Board will also factor in included geospatial representation, treatment capabilities, and the source of the water (i.e. surface water, groundwater, or groundwater under direct influence of surface water). The handbook includes a preliminary list of water systems for stage 1 – including the Metropolitan Water District of Southern California (which serves nearly 19 million people), the Los Angeles Department of Water and Power, and the San Francisco Regional Water System. It also includes six agencies that serve under 100,000 people, including Las Virgenes Municipal Water District and North Tahoe Public Utilities District, largely to include geographically diverse systems.

The list of public agencies that will be included in the first stage will be finalized after public input later this year. Additionally, heading into Fall 2023 when the first stage is set to begin, there will likely be a renewed push for state funding to help the public agencies cover the high cost of testing, although it is yet to be seen how the state government will respond.