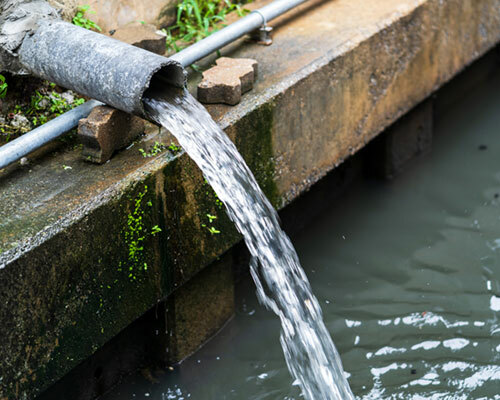 On July 1, 2022 a panel of the Ninth Circuit issued a superseding opinion in California River Watch v. City of Vacaville, Appeal No. 20-16605, withdrawing its previous opinion in the same case and reaching the opposite result. The case is a rare example of a court reversing itself, and has important implications for water suppliers in California and nationwide.

In California River Watch, the plaintiff sought to impose RCRA liability on a water supplier based on the presence of hexavalent chromium in the water it supplied to customers, despite the fact that the water complied with the Maximum Contaminant Level (MCL) for chromium established under the Safe Drinking Water Act (SDWA). The district court had dismissed California River Watch’s claim in July of 2020, finding that the trace amounts of hexavalent chromium in Vacaville’s water were not “solid waste” or “hazardous waste” as defined in RCRA, and so could not result in RCRA liability.

However, on September 29, 2021, the original Ninth Circuit panel first reviewing the case issued an opinion granting River Watch’s appeal, and sent the case back to the lower court for a trial to determine whether the hexavalent chromium in Vacaville’s water could be traced to waste disposal at a contaminated site and therefore could trigger RCRA liability. 14 F.4th 1076. One dissenting judge on the first panel would have denied River Watch’s appeal and found that the case was controlled by the Court’s previous decision in Hinds Investments, L.P. v. Angioli, 654 F.3d 846, 851 (9th Cir. 2011), which held that RCRA’s citizen-suit provision “requires that a defendant be actively involved in or have some degree of control over the waste disposal process to be liable under RCRA.”

The City of Vacaville petitioned the Ninth Circuit for rehearing en banc, and its briefs addressed both the dissent’s point and the argument that RCRA’s anti-duplication provision barred California River Watch’s suit because Vacaville’s water complied with the MCL. Several organizations submitted amicus briefs on both sides, including the Natural Resources Defense Council, the National League of Cities, the League of California Cities, and several groups representing water supply agencies.

The amicus briefs by water supply agencies asked the Circuit to protect water suppliers against that possibility by using RCRA’s anti-duplication provision; if the Court had agreed, that provision would have barred a RCRA suit because Vacaville’s water complies with the relevant MCL. However, the panel did not reach that argument. (The relevant MCL in this case is for total chromium,which includes hexavalent chromium as well as other forms of chromium; the designation of an MCL for total chromium, but not hexavalent chromium specifically, could explain why the district court and the Circuit did not rely on RCRA’s anti-duplication provision. California is in the process of promulgating an MCL specific to hexavalent chromium after the previous MCL for hexavalent chromium was invalidated in 2017, but has not done so yet.)

Instead, the panel’s superseding opinion took the rare step of withdrawing and replacing its previous decision interpreting RCRA.  The two judges from the original panel who had previously granted California River Watch’s appeal stated that the City’s further briefing had persuaded them to reverse their holding and find that RCRA liability for “transportation” of hazardous waste requires a direct connection to the waste disposal process – “such as shipping waste to hazardous waste treatment, storage, or disposal facilities” (Opinion p. 17).  The superseding opinion then held that the City’s conveyance of drinking water containing trace amounts of hexavalent chromium does not make the City a “transporter” of wastes under RCRA’s definition. (Id. at 18.) The panel therefore affirmed the district court’s grant of summary judgment to the City. The superseding opinion should protect water suppliers from potential RCRA transporter liability for their distribution of water.

Judge Tashima, who had dissented from the panel’s original opinion, filed a concurring opinion reiterating that he believed the Hinds decision required denial of the appeal. Judge Tashima also pointed out that accepting California River Watch’s argument would have meant RCRA liability for a homeowner watering their plants using Vacaville’s water, or a driver whose tires picked up a few grains of soil when passing a contaminated site, and opined that this went far beyond Congress’s intent in adopting RCRA.

Be sure to subscribe to our podcast, “Digging into Land Use Law” for an upcoming discussion on this topic.